Star photography produces interesting glimpses of our skies, almost like pulling back a thick, dark curtain from your eyes. My favorite way to think of long exposure photography is, instead of unrealistically portraying a scene, it shows a world in which we live, but don’t see due to our perception of time. 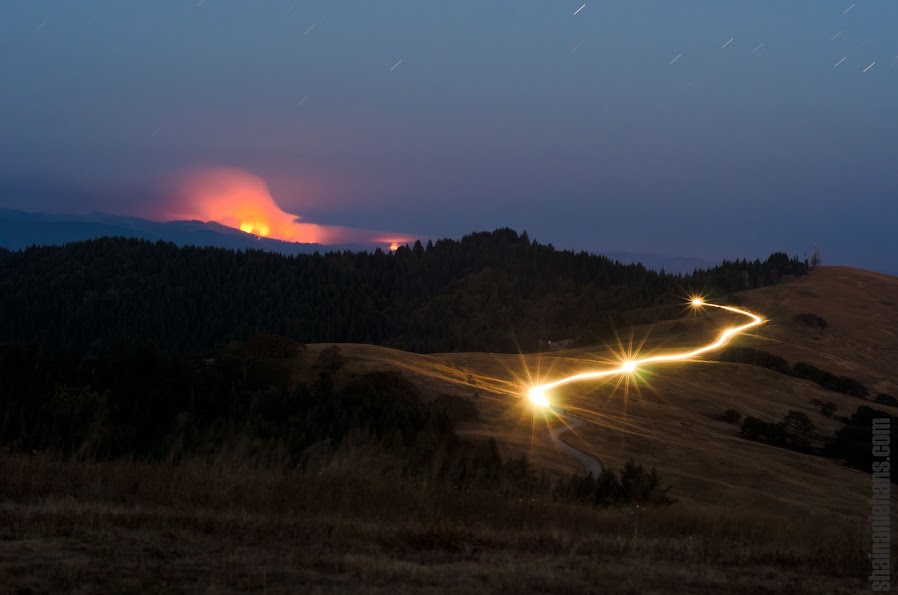 Fires are at our pace–quick to burn, their duration is measurable within our frame of reference. This fire in particular might burn until winter, but likely we will be able to mark the end on our calendars. 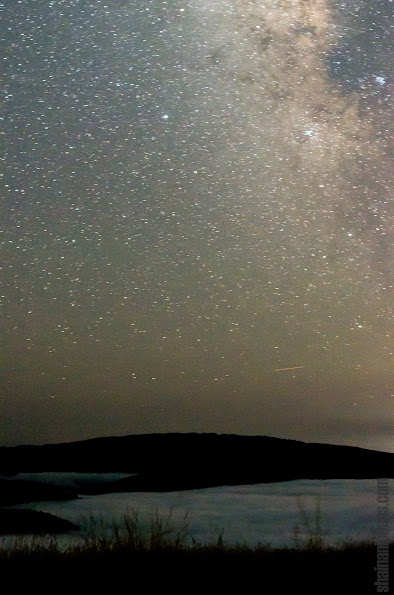 On the other hand, stars are not as measurable. They may burn out during our lifetime, but our perception of those events are delayed. When we look up at the sky, we are seeing the past, not perceiving the present moment. An example is the North Star, known also as Polaris [a group of five stars, actually!], that currently serves as a pole star, ‘around’ which the Earth’s axis of rotation currently spins. The star group is 323 light-years away, meaning the light from those stars is 323 years old by the time it reaches us. Not only is it old light, but its role as pole star has not always been so. In 100 years or so, the axis will shift to another star, as it has in the past. In fact, somewhere around 300 BC, the axis rotated around an area of space without visible stars! 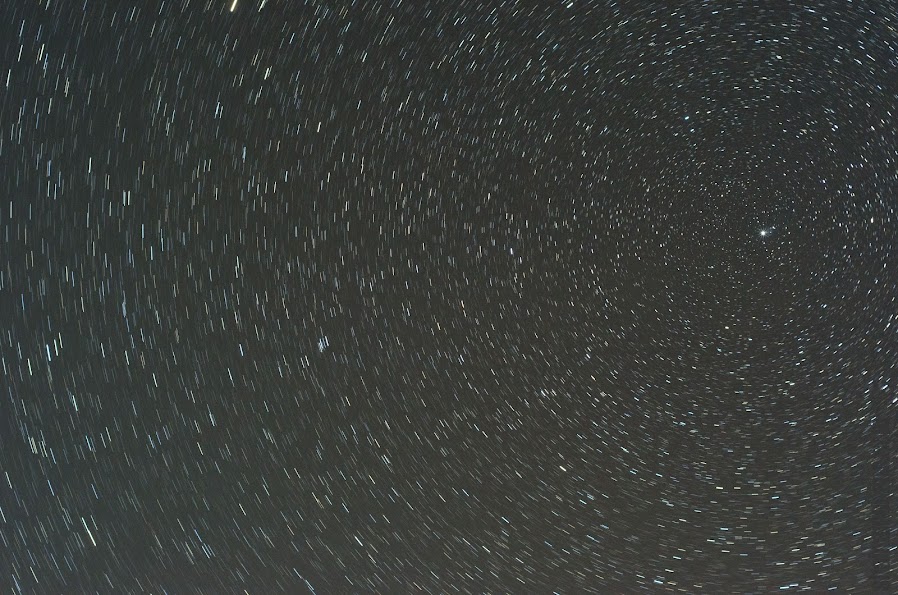 It is amazing to think that, as a free natural resource that inspires wonder, awe, and provokes us to think about the possibility of life off of our planet, the night sky isn’t seen by nearly 80% of Americans due to light pollution from suburban areas! [from: http://www.darksky.org/assets/documents/Nightscape/NS89%20news%20high-res2.pdf] And on a more altruistic level, our light pollution affects many species of wildlife, from lightning bugs to sea turtles.