Well, not literally. Just photo editing-wise. Taking a break from the ‘have-to’ things, I found I am about 4 months [or 972 photos] behind. Two of these beach scenes are from July when it was , , and I was saner [debatable]. Enjoy!

There’s not one single wave in that music video, by the way.  This post, on the other hand…

As a result of a large storm system slamming the Oregon and Washington coast, our coast finally witnessed some of the largest waves it’s seen in nearly a year or more. Wave-watching, along with agate-hunting, is a sport around here, as documented by our local newspaper: http://photos.times-standard.com/2014/01/12/photos-breaking-waves-on-north-jetty/

Our group opted to head north to Elk Head above Trinidad.  The ground shook as we gathered in the parking lot. We missed the biggest waves that came during the cover of darkness, but it was a show nonetheless. 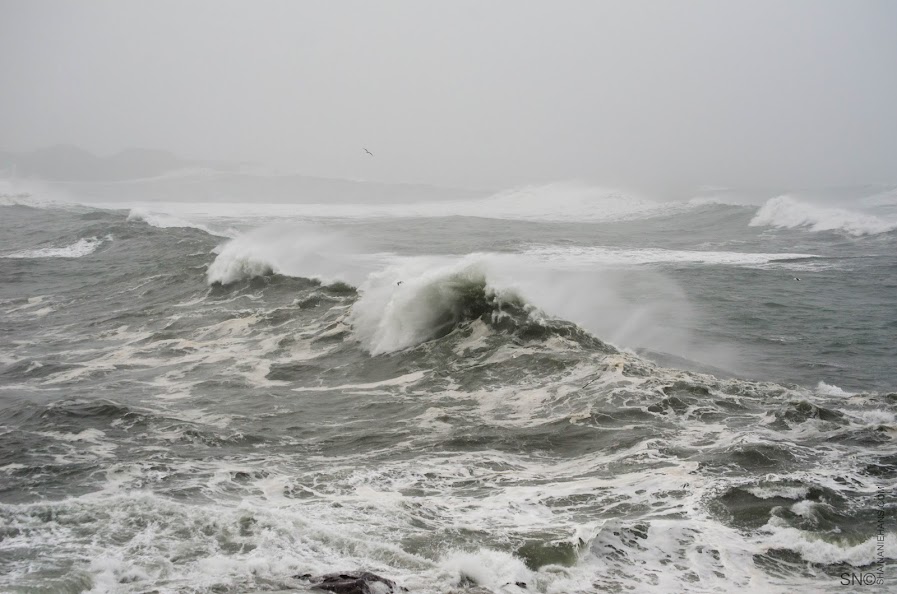 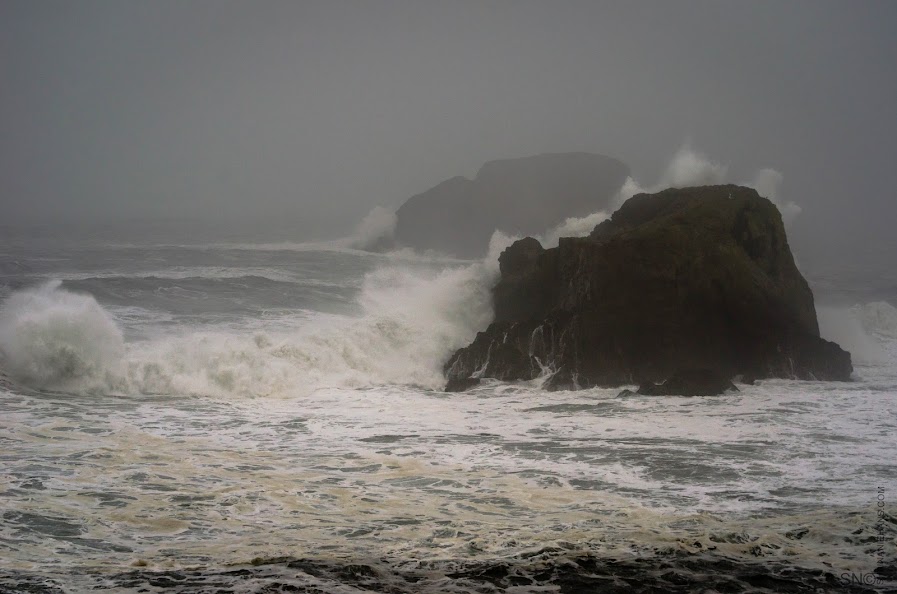 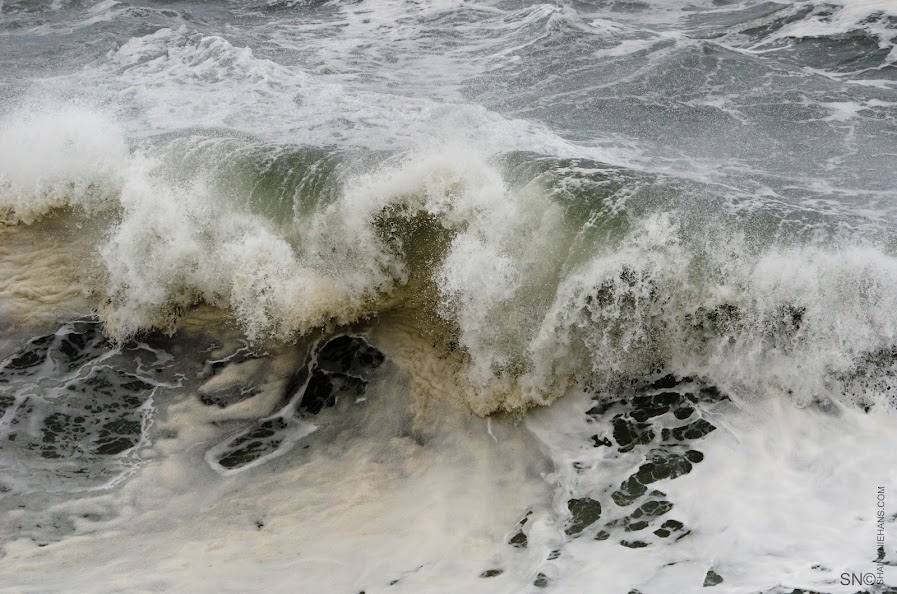 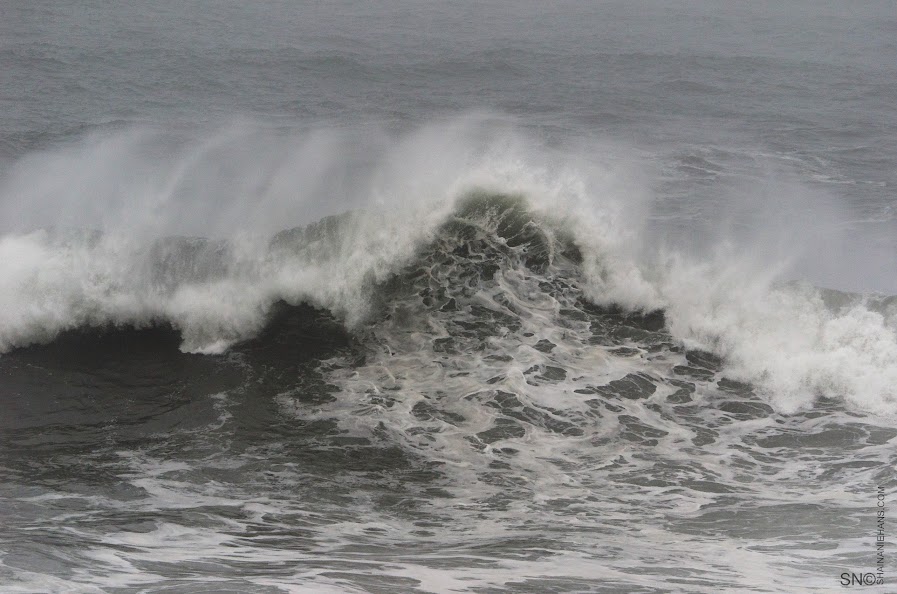 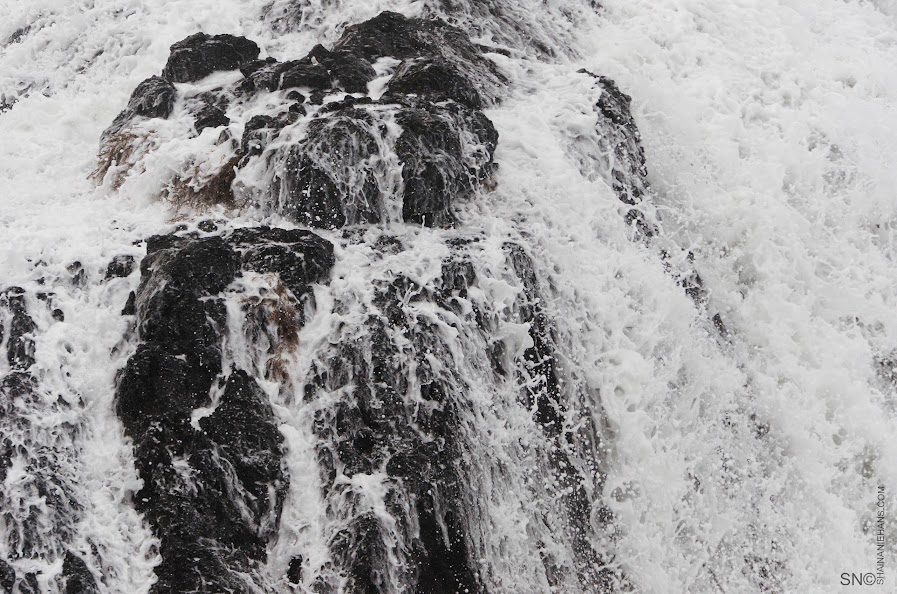 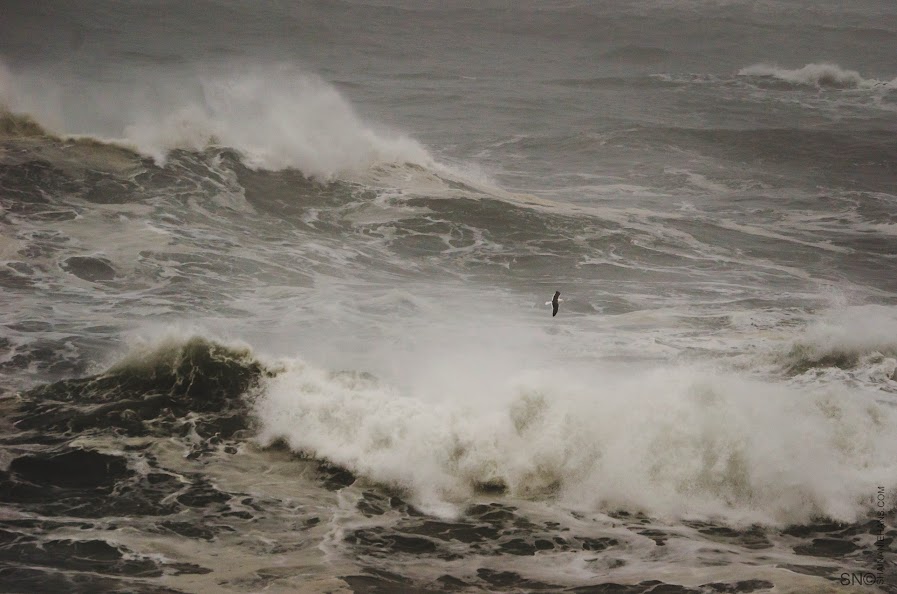 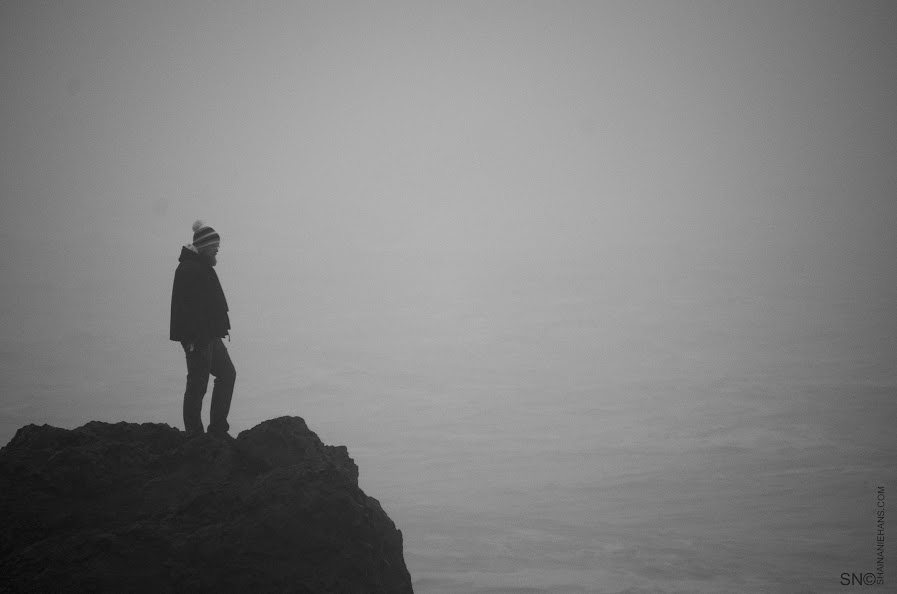 Due to the fog, lighting, and sea spray, most of the photos did not have a lot of contrast. To get that low key, dramatic effect you expect in wave shots, some post processing is required [like most photos, fyi! Rarely do photos come straight out of the camera perfectly, just as negatives never came out of the darkroom untouched.] If your processing software can do it, tone curves are a good way to get contrasty results. That also means you might see more wave photos coming in the next few posts, since I didn’t have time to get to all of them in this round of editing!

Interesting little scene we happened upon in a creek that spills out into the Pacific. Someone had made a little fairyland out of the invasive flowers and washed-up bull kelp. 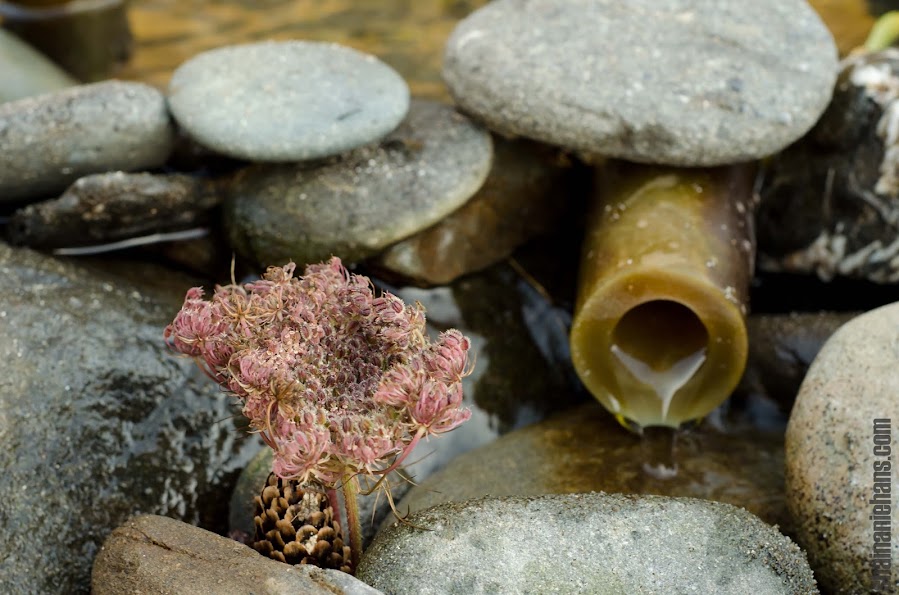 Queen Anne’s Lace gone to seed along side a Sitka spruce cone with a bull kelp aqueduct.

Some tiny [tiny!] flowers I managed to not get a great shot of. I’m not sure if they are currently flowering, or just dried from the salt spray. 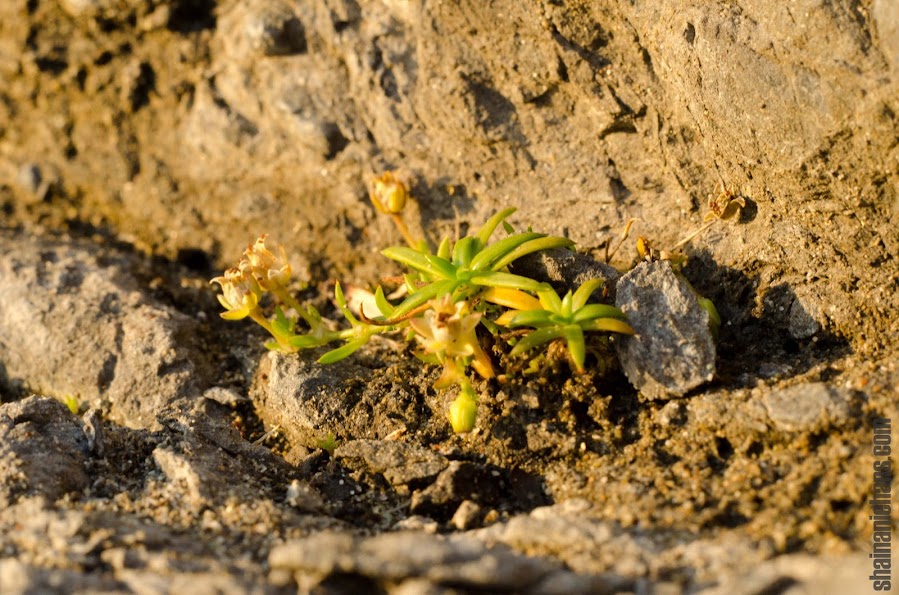 Mimulus guttatus, sometimes referred to as the common or seep monkey flower, craves consistent water it would seem. Apparently this species can be found in many different sizes, and extensive genetic studies have been done on it. It can grow upright, or like this one, dangle upside down off the side of cliffs and rock faces. It needs only 13 cm of soil. Recently, it has been found to grow in old copper mines, tolerating what would normally be considered a toxic level of metal for anything else. Crazy little flowers! 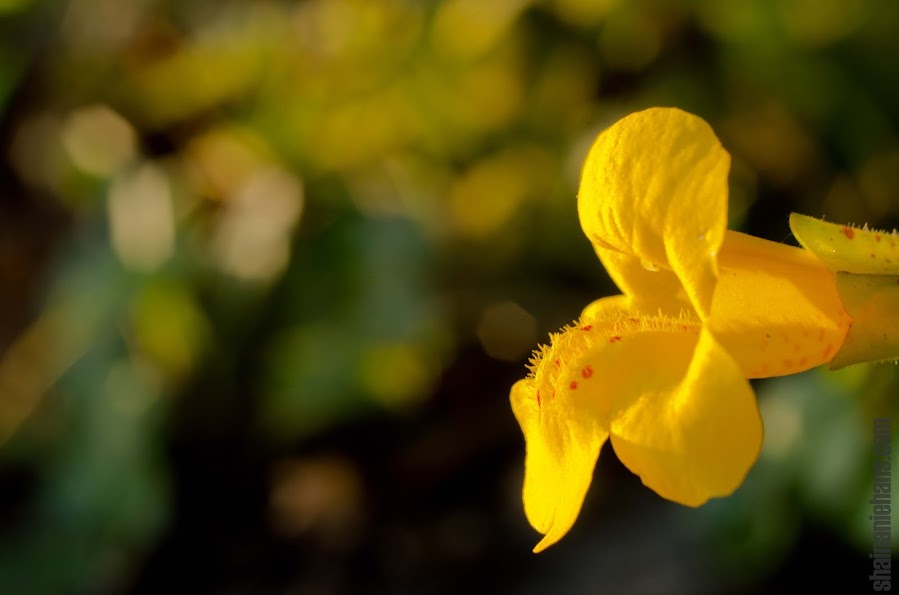 According to Calflora, flowering occurs from April to July…since this little guy is a beach hermit, it probably never saw that memo. November is as good as any to bloom around here.

The forests around here are amazing in their ability to hide rocks. In fact, I only know of one segment of trail [out of 70+ miles!] where one could go to inspect a rocky outcrop.  Thank heavens for the ragged coastline!  There is no end to rocky fascinations on this coast; from troves of multicolored sand grains to pebbly beaches and crumbling cliffs.  Miles and miles and miles demonstrating the handiwork of geology; of building and breaking down of massive amounts of minerals in the seemingly perpetual cycle of which these rocks pictured above only represent a brief blink of the eons that have already come and gone.  /geologicprose