Following a predetermined course has its merits, but diverging has its opportunities.

Every summer, as the rainfall nears next to nothing, we watch the Mad River near our house sink. The mouth of the Mad River moves farther north, searching for an easy place to push through the sand dunes next to the Pacific. Generally, the river meanders in a northwesterly fashion until, within a quarter mile of the Pacific, it makes an abrupt and illogical 90 degree turn north-northeast to parallel the coast until it deems it time to exit into the ocean.  The heavy winter rains bring the mouth of the Mad back to the south, but I’m not sure if anyone has ever seen the river flow straight out into the ocean without making the 90 degree turn first. From aerial photographs, it looks like it has happened, just south of the Mad River Beach County Park, but otherwise the trees and higher dunes suggest it hasn’t happened anytime recently [maybe 1964? Or 1955?]. 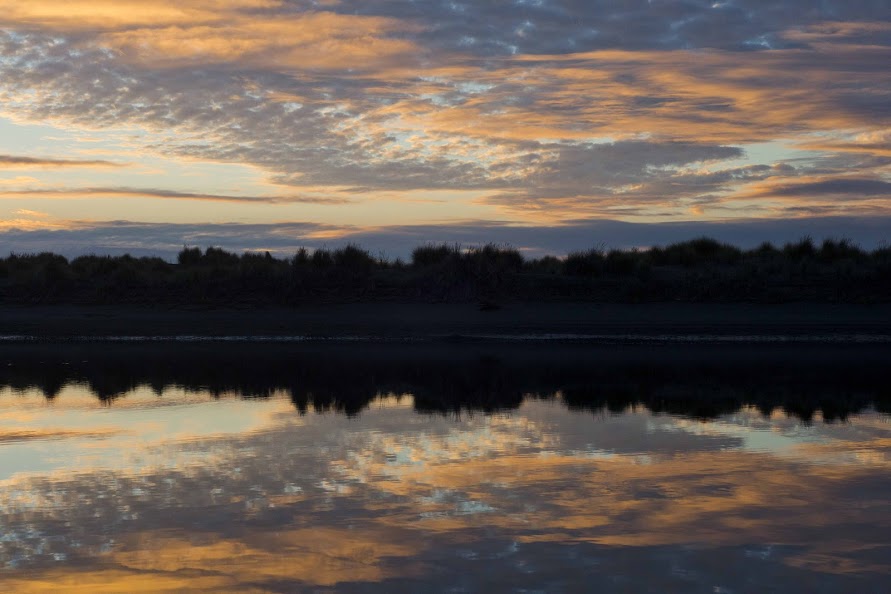 The name of the river comes from a meandering man, Josiah Gregg, once a school teacher, doctor, business man, author, reporter, prospector, and naturalist, who didn’t seem to plan much out. At the age of twenty-four, he had already studied law and surveying and been a teacher. His doctor recommended he move from Missouri to New Mexico to be cured of those 1800s-style diseases that don’t like dry climates. Apparently, on that move, he got the wandering bug and never really sat still after that. No doubt, he probably saw more of the country [and Mexico] than most of us have. He was a business man for a while, then a practicing doctor for two years until he joined the California gold rush. 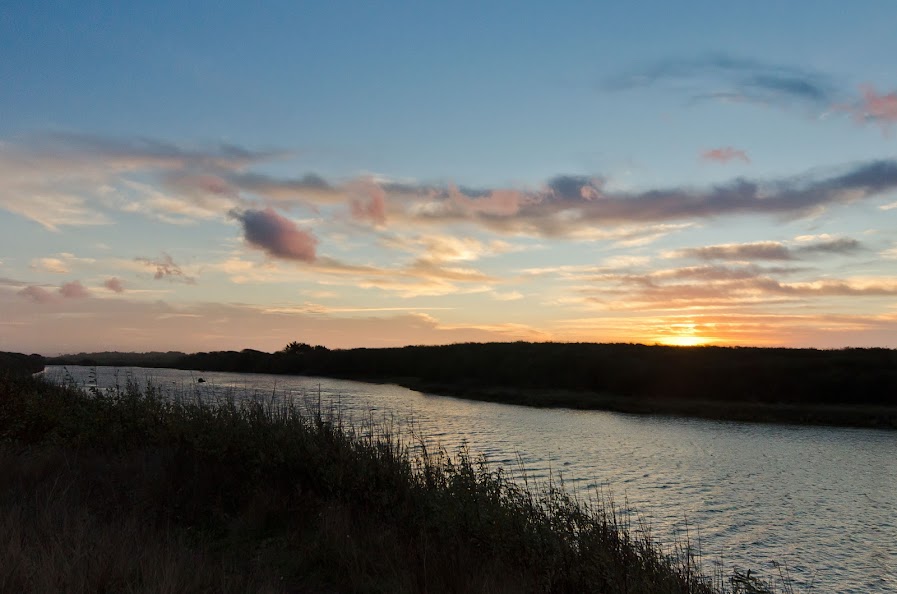 The mining party he led set out along a gnarly river then cut west to the redwoods, ignoring the advice of the tribe they came across [and stole food from] to take a trail to the coast. They made horridly slow progress through the forest at two miles a day [since Gregg was a naturalist and naturalists aren’t fast people], but reached the Pacific in a record six weeks [when it should have taken 8 days, according to locals]. The area wasn’t well mapped, so they were the first to find the largest bay in the region, Humboldt Bay, by land [in 1849!]. Apparently, Gregg’s crew got sick of him measuring and recording everything, so at the mouth of a river on the coast, they marched off while he measured the latitude. Once he caught back up with his party, he threw a fit. They agreed on one thing, to name the river the Mad River in honor of his temper tantrum.

Unfortunately, that wasn’t the worst part of the trip for Gregg, who died of starvation and fell off his horse before getting to San Francisco to report the location of the Bay. But thanks to his efforts, ships came up from San Francisco the next year to chart the Bay, and almost 50 species of plants are named in honor of Gregg. So imagine, if he and the Mad River had taken the straightest route, how different and lack-luster the story might have been!

You often here people proclaim that the weather in their hometown takes the cake for being the most extreme. “If yaw dawn’t liiike ther weathur, jus wait fu’minnits—ittel change!” [the hybrid southern accent some people in my hometown like to emulate]. Oddly, I’ve personally heard this proclaimed in at least 5 states. Here in California is one of the few places where the weather is the most consistent. Temperatures right along the coast aren’t extreme; it will rain for days, be sunny for days, and be foggy for months! Those border days are pretty interesting though, and serve to remind that change is the only constant.

Yesterday was a chilly 40 degrees with a dark grey fog smothering out the Sun on the coast. Briefly in the afternoon, a slight hint of yellow appeared and vanished, marking all of what would be seen of the Sun that day. The day before, sunny and relatively warm [upper 40s, and yes from 40 to upper 40s is a big difference around here!]. Today there is a pink glow in the East, what appears to be a milky blue above, veiled in the little fog that lingers [And…by 9:30 the fog buried the Sun once again! Come on now, this isn’t Summer!!]. Cloudy days are perfect for editing photos; sunny days make it hard to see the computer screen. Since today is a sunny day, I try to rush and get computer things done before heading out to walk the dog.

This photo was taken three days ago. Had you checked the forecast on that day, you’d find no mention of the arrival of the summer-like fog to the coast. Lurking offshore, fog rarely gets to visit the coast in the winter, so its surprise appearance probably helps with additional coffee sales for the day.

While the weather isn’t the most dramatic in the world, it does make for some really interesting phenomenon. For example, I recently googled how to prune back geraniums. None of the examples looked like the monster I wanted to tackle. This geranium has obviously lived at this rental for years and years, becoming a gnarly small tree with the occasional flower and leaf thanks to the lack of hard frosts.

In fact, finding frost is often like finding treasure. Most often, I can find a little on the colder mornings in the fields, but it often quickly gives way to dewdrops before 8:00 am rolls around.

A leaf bud of a currant taken a couple days ago.

Frost in the meadow before the sun hit it, taken the same day as the leaf bud.

Even though I do miss inches of snow, crazy lightning shows, rolling thunder, and the occasional tornado chase, this area definitely offers some interesting weather quirks in its own absurd, North Coast way.

The forests around here are amazing in their ability to hide rocks. In fact, I only know of one segment of trail [out of 70+ miles!] where one could go to inspect a rocky outcrop.  Thank heavens for the ragged coastline!  There is no end to rocky fascinations on this coast; from troves of multicolored sand grains to pebbly beaches and crumbling cliffs.  Miles and miles and miles demonstrating the handiwork of geology; of building and breaking down of massive amounts of minerals in the seemingly perpetual cycle of which these rocks pictured above only represent a brief blink of the eons that have already come and gone.  /geologicprose

Dispelling misconceptions is a major portion of my day job. I’m not a fan of arguing, confronting, or telling someone their long-held notions are not necessarily the truth, so some days I find more difficult than others, depending on how many people I run into with obscured views of the natural world. One of the most common things I have to straighten out on a daily basis is where the tallest tree is [not in the Tall Trees Grove]; another is that the scenic road to the south does not have the bigger trees, it just looks that way. Often, too, I find myself explaining that Coast Redwoods and Giant Sequoias are not the same, frequently to the bummed General Sherman seeker.

Some of this informational confusion comes from long-held views passed along from previous generations through tales [like Grandpa drove his car through the largest tree in the world]. Other sources of half-truths and bent facts are second-hand stories, the internet, and–believe it or not, textbooks! Not that textbooks are wrong [although they can be once and a while], they are usually just too general to fit every single scenario.

Roosevelt Elk by the Pacific

Take the Roosevelt elk that lives in this part of California for an example. They are the largest subspecies of elk, although, I usually hear folks from Montana claim theirs are larger. Another thing that doesn’t quite add up to most people is that these elk don’t move to higher ground during the Summer around here, contrary to what the below textbook states:

“Elk also exhibit a circannual behavior pattern. Summers tend to be spent at high elevations, even above the timberline [the highest altitude at which trees can grow in a particular area]. Winters are spent at lower elevations that are warmer and provide more access to food.” Introduction to Wildlife and Fisheries: An Integrated Approach p.129

This Spring’s calves of the Lower Redwood Creek herd

A Cow by Driftwood

The Herd and Gyon Bluffs

Around here, elk pretty much hang around their favorite field for the summer. There are different herds around, and each will move around a few square miles, going in and out of the trees based on whether the sun is out or not. If they were to leave the cool coast for the highlands, they’d go from 65 degree weather to 90+ temperatures in the inland hills. When winter rolls around, they take cover in the trees more often, but will still be found sitting in the rain in the middle of fields every now and then.

Explaining the patterns of ‘atypical’ elk migration to visitors can be a challenge, especially when explaining the exception to the rule of Sunny and Warm California comes into play. Imagine how your world would come crashing down if you just arrived to your destination vacation spot and you learn it’s one of the foggiest places on the planet [especially during the Summer], Summer temperatures never arrive thanks to the cold Pacific, and to top it off, the elk don’t exhibit textbook behavior! Reality in this part of the world is brutal. Boy howdy, do I have my work cut out for me!